Just call! We know how to apply Get consultation free
Main page Higher education abroad Higher education in the UK Student testimonials about studying in the UK Interview with Englishman George is a student at the University SOAS

Interview with Englishman George is a student at the University SOAS 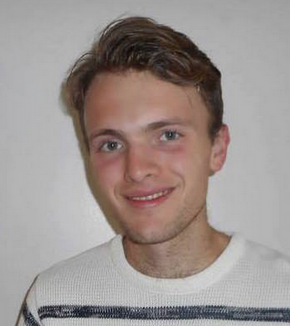 We managed to talk to George, a student at the University of SOAS in London. George spent several years in Russia and gave us an interview in the Russian language.

EI: hi! Tell us a little about yourself: where are you from? how old are you?

G: Hi! My name is George and I am from England. I'm 21 years old. I've always wanted to go to University in the UK: partly because the quality of education is very good, and partly by the fact that it was not necessary to learn a new language to get a quality education!

EI: In what year were you enrolled at SOAS, University of London? Why this University?

G: I went to SOAS in 2014 after a three year break in training. At the age of 17 I tried to go to Cambridge and several other universities, but it did not happen with Cambridge. There I wanted to study Russian and Arabic. Despite the fact that failed to do, the desire to learn Arabic over time has gone nowhere! Last year I was thinking again about applying to University. I remember that long ago I read about SOA on the Internet and it has made me a very good impression. Not surprisingly, when I again began to look for universities where languages are taught well, again the name of SOAS. Here for learning many different languages, but not "normal",such as Spanish, French or German (here they actually do not teach), and rare. SOAS specializiruetsya on teaching Asian and African languages, including the rarest, such as Tibetan or house. The Department of Arabic at SOAS is one of the best in the country, if not the best. Given this, and the fact that I wanted to live and study in London, SOAS seemed the only option!

EI: How did you enter University? Tell us about your experience.

G: On his return from Russia in September last year, I began to explore suitable for me universities. In the beginning I was thinking to study drama, but soon changed his mind and chose Arabic. I applied to SOAS through UCAS (this is the online system used in all British universities to collect applications from potential students). It was my only choice, I knew that I would not like to enroll in another University. After about 3 months SOAS made me an offer of enrolment and I accepted it.

EI: what program are you studying? What are your impressions of the program?

G: I'm studying Arabic. I would recommend this program to anyone interested in this language, as the quality of teaching is very high. We learn quickly and I, as a person who likes to start to speak and write in a foreign language as soon as possible, is satisfied. If you are willing to work hard and of course there is the ability to learn language, SOAS will suit you exactly. All the teachers are serious, but at the same time, they have a good sense of humor, which facilitates the sometimes tedious process of learning languages.

G: I Have to know three of them Russian-speaking (four, counting me), but the majority were born and raised here. I usually talk with classmates in English, sometimes in Arabic, although I still low. It is too early to judge if I started at SOAS close friends (because I just started learning), but I hope that in the near future this will change.

EI: What do you do in your free time at University? Are you in any student clubs? Tell us a little about it.

G: I study on the weekends or visit various attractions of London with your friends. Participate in drama club is really fun, and we are going to put on a play in 2 weeks! I joined the club "of the exchange of foreign languages", where you can chat with different people on foreign languages. Unfortunately, there is no Russian community, but I think that his base!

EI: Tell us a little bit about the layout and SOAS of London. What are the pros and cons you see for yourself? Easy to find housing, jobs, convenient transportation, and rich if night life?

G: the University's Location is very convenient. It is right in the center of the city, and every day I go to campus on foot. It takes about 20 minutes! I live in a quarter near King's Cross. Housing was provided to me by the University, and to place was quite easy. Due to the convenient location I save on the cost of public transport. Part time I have not yet found, but I hope that soon it will.

EI: Thank you so much for this interview! What would you like to say in closing to our readers?

G: I would say, try it! It is true that education in England is very good, and not only in terms of study. And make sure you have a good level of English! Harder to integrate if you don't understand what's going on and can not freely Express their thoughts. Very worth to come here (I say this not just because I'm English!). 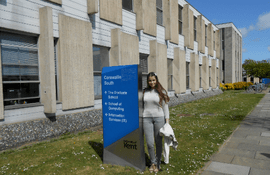 Interview with University of Kent student from Russia 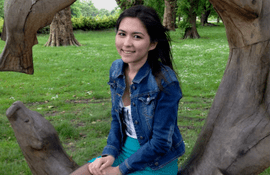 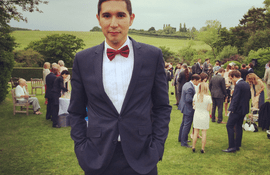 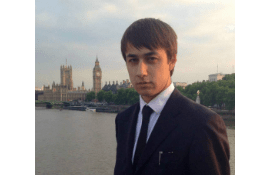 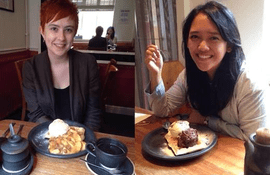 Interview with a student of the University of East Anglia (UEA) 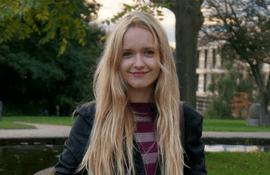 Interview with Russian student at the University of Nottingham 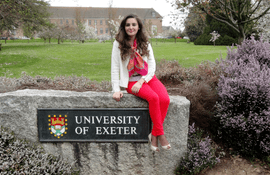 Interview with a graduate of the University of Exeter 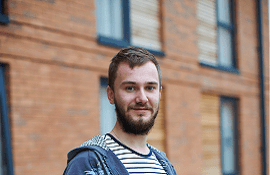 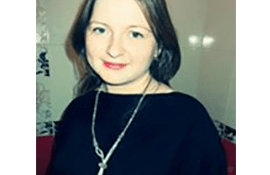 A graduate of the Scottish University of Dundee Naila Kamayeva talks about his s... 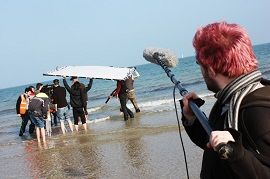 Review of programme the BA Film Production at the Arts University Bournemouth (A...