In October 2015, the University's rector Sir Richard Sykes has launched a series of festive events dedicated to the 50th anniversary of Brunel University, which will be celebrated in 2016.

Addressing the numerous guests hardly fit in the great hall Eastern Gateway Building, Sir Richard, in his speech traced the history of the University from the initial College of modern technology – College of Advanced Technology - to a celebrated institution, recognized throughout the world.

The rector reminded of the famous scientist, Professor Heinz Wolff, who made a significant contribution to the preparation of sending into space Helen Sharman – first British astronaut on the Institute of environmental protection, who won in 2011 the award of Queen's Anniversary Prize, and the arrival in 1986 of the Prince of Wales at the opening ceremony of the UK's first science Park on the campus of Kingston Lane.

Sir Richard, in his speech noted that one of the main achievements of Brunel University was the establishment of close relations with the industrial sector. Currently, the University conducts two major promising project. One National Structural Integrity Research Centre, running in partnership with the research Institute of welding – The Welding Institute. Other Advanced Metals Casting Centre that will integrate the methodology of laboratory and industrial tests. 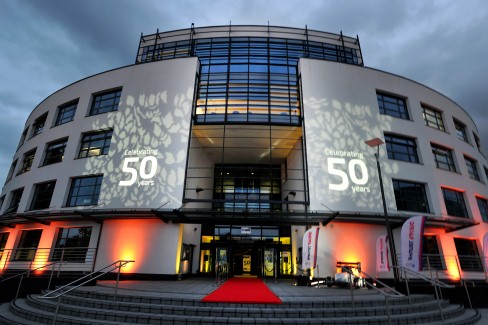 Talking about the strengths of the University, Sir Richard said: "We are confident that in the competitive world of works only focus on cooperation in various fields, in which is received the end product demanded by the industry."

On the speech of the rector of Brunel was attended by the mayor of Hillingdon and his wife, Council members George and Judith Copper, heads of local industrial companies, sponsors of the University, alumni, faculty and students.

The speech opened the series of festive events dedicated to the 50th anniversary of the University Foundation, which will be celebrated in 2016. The program includes public debates, evening film screening, gala night and competition on the campus of the Discovery Trail – a trail of discoveries. The Central event will be the celebration of 6 July 2016 Charter Day – the day when 50 years ago the University was founded.

Sir Richard, in conclusion, added: "Over the last 50 years Brunel University has gained enormous influence in the world and has achieved a lot. The time has come to take advantage of the experience accumulated over half a century of history, and transform the University into a modern and sought-after educational institution in the world".