Just call! We know how to apply Get consultation free
Main page Higher education abroad News University of East Anglia in the TOP 100 most international universities in the world 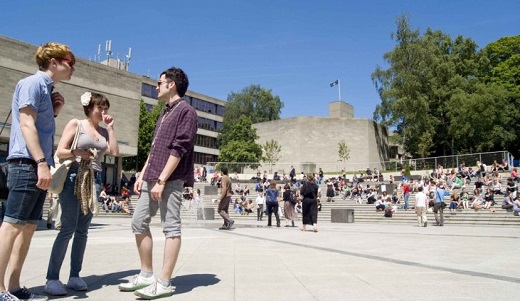 The indicator, which evaluates the universities according to the degree to which they adhere to international perspective in education is defined by Times Higher Education in the preparation of their global ranking of universities in world University Rankings. For this purpose, the data were analyzed more than 800 higher education institutions worldwide. The calculation of internationality of the universities were taken into account such factors as the percentage of foreign students in the student community and the vastness of the ties of the faculty with foreign colleagues, as well as 11 other indicators.

UEA has succeeded in establishing close relations with leading global universities and research centers in a number of priority projects, including collaborative work with Harvard in the United States for the study of nutrition and the study of carbon emissions, in cooperation with Chinese educational institutions.

Recently, scientists from the faculty of environmental protection University of East Anglia, together with an international team, consisting of 158 researchers from 21 countries, found that more than half of all trees growing in the Amazon region is endangered.

In addition, all the renowned research institutes from Europe, Australia and North America work closely with scientists from the University of East Anglia's international program Global Carbon Budget.

UEA has offices in four countries: China, India, Nigeria and Malaysia. There are future plans to open more offices in other countries. The University pays considerable attention to the formation of international relations and the organization of the international cooperation on global issues, including in cooperation with scientific centers of USA and Japan.

Professor David Richardson, rector of UEA, explained: "we Occupied a place in the TOP 100 reaffirms that the University is widely recognized in the world. We are satisfied with the rating given to the University in relation to the globality of its influence and its international business and scientific ties. We are proud to have the University present an extremely diverse international composition of students and teachers. Come here to study from 120 countries of the world."

Representative publications Times Higher Education reported: "the Indicator of a global University is one of the key markers of the prestige of the institution. Successful universities are inviting teachers from all over the world, attract the most talented students from different countries and working with leading scientific and educational organizations, wherever they are. We congratulate all the universities that fall in our list of the most international universities in the world. This is a sign of competitiveness, potential and dynamism".

>> All the programs of the University