Just call! We know how to apply Get consultation free
Main page Higher education abroad News Swansea University has opened a stunning new campus on the shore of the sea

21 September 2015-ceremonial opening of the new Bay campus at Swansea University. The project works lasted 10 years and construction for more than 2 years. The creation of a new campus at a cost of 450 million pounds. 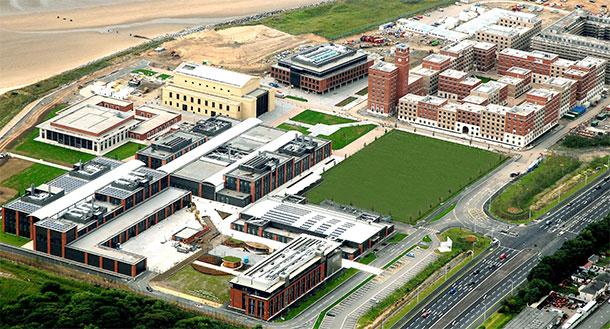 Campus Bay there are cafes, bars, a food court with restaurants and a picturesque landscape design with squares and green areas. The new campus is famous for the fact that it is one of the few University campuses in the world with direct beach access and a private waterfront, the construction of which is in process now. During the autumn will be gradually opened and other facilities: Bank, supermarket, Tesco Express and infrastructure for sport and recreation, and by January 2016 will be another 545 rooms for students.

The Bay campus will be able to accommodate about 5,000 students and 1,000 teachers Technical College and School of management at Swansea University, providing the most comfortable conditions for learning, teaching and research activities.

Professor Richard B. Davies, rector of Swansea University, said: "We managed to double the number of student housing, now at Swansea University, two campus. In the magnificent buildings and grounds have wohnoase life with the arrival of new and returning former students. Here was buzzing student life, plans for the future, and we hope this modern, well-equipped campus will provide our students opportunities that will help them in life and in your career."

Professor Ivan Davis, the rector of the University, commented: "the Bay Campus is recognized as one of the most ambitious projects in the higher education sector in the UK over the past decade, and its implementation heralded a new era and a new status Swansea University".

>> To communicate directly with a University representative