A new A-level grade intended to help universities pick the most able applicants risks falling victim to the grade inflation it was meant to solve.

Candidates are being rejected by universities despite being predicted to score at least three A*s in their A-levels this summer, when the grade is awarded for the first time.

With about one in eight A-level candidates now scoring straight As and thousands rejected each year by Oxford and Cambridge alone, it had been hoped that the A* would identify the academic elite.

Figures released last week showed applications to degree courses were up by 23% on last year and the A* has increased the pressure on pupils.

Among those who have been turned down is Robert Kehoe, 18, a grammar school pupil from Lincolnshire, who says he has been rejected by Cambridge and three other universities despite being predicted to win three A*s and an A.

To gain an A*, candidates must achieve an average of 80% in exams across their two years of A-level study and 90% in exams in the second year. Read full article here.

24.11.10. New scholarship at the business school of the University Bedfordshire 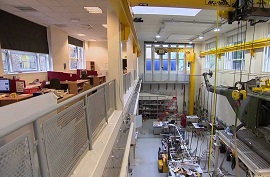 Students of the University of Bristol was awarded the Royal Academy of engineeri...

24.11.10. Professors at Bournemouth University have partnered with the largest a...

26.11.10. Professor at the University of Brighton was awarded a prestigious inte...