Just call! We know how to apply Get consultation free
Main page Higher education abroad News 12 leading universities in the UK have teamed up to create an online University of the future The project is called FutureLearn and its main participant was the Open University, the leader of the British higher distance education. The universities included in the Association, working to create the structure and content of new online programs and will be responsible for the quality, accreditation and cost. The first programme will be available in 2013-th year.

Among the participants of the project discussed the creation of a convenient modular system, when the student will be able to "take" only those modules that are interesting and useful to him, thereby creating a unique personalized education program for themselves.

Leadership in the creation of massive on-line programming belongs to the American universities. Such a program has been called

Massive Open Online Programs - Massive Open Online Courses - MOOCs. On these programs offered by the Association of American universities, which includes Harvard, Stanford and MIT, have already signed up millions of users from around the world.

These programs provide access to world-class education to a larger number of students, and thus have much lower costs than traditional courses. The Internet allows you to use video, interactive exercises and automated tests.

The programs created are compatible with iPad and other portable devices.

QS World Grad School Tour, an educational exhibition for those who are planning ...

The representative of the University of Roehampton will visit Moscow and St. Pet...

Royal honor of the faculty of political science, University of Essex

New career center opened in the University of London, Roehampton

Simplification of the procedure of admission of students to the University of Es... 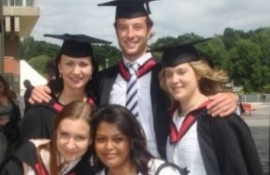 Interview with a graduate of the University of Essex