Just call! We know how to apply Get consultation free
Main page Higher education abroad News 24.02.10. Scientific research through the prism of your own ancestry

24.02.10. Scientific research through the prism of your own ancestry

Professor of law at the London School of Economics conducted a study on how the law of the UK government about the settlement of the colonies in 1922 influenced the lives of people.

Background to the study, conducted by Christine Rundle (Kristen Rundle) a teacher of law at the LSE, dates back to the beginning of the last century: after the adoption in 1922 of the law on the settlement of the colonies of thousands of British children were scattered around the globe, they were often subjected to ill-treatment and has experienced various hardships, in fact many of them were scarred for life.

One of these children was the grandfather of Christine Rundle that prompted her to conduct research on how this legislation has affected the lives of specific people, what motivated the moment the British government.

It should be noted that now Gordon brown is forced to make a formal apology to all those who suffered as a result of the adoption of this law. Read more 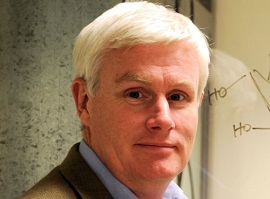 25.02.10. Institute of ophthalmology UCL has won a research grant and two schola...

24.06.10. The rating of ratings of universities of Britain

01.03.10. Knowledge of foreign languages increases the chances of job seekers on...

26.06.10. Interdisciplinary prize and medal to a scientist from the University o...

17.06.10. Britain is narrowing the gap with the United States for citing researc...