Competition from the British Council: Win free training in the UK 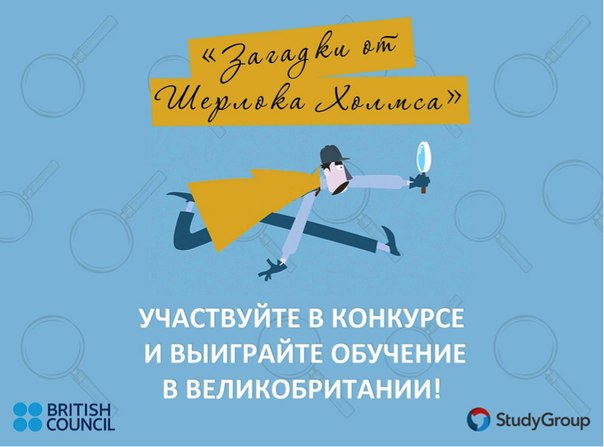 Who among us has not dreamed at least once to feel like Sherlock Holmes and unravel the intricate tangle of secrets?

It is time that all experienced detectives to show themselves And as the prize for the most resourceful will have a chance to undergo a two-week summer training course at the British College Bellerbys from StudyGroup!

If you are 13 to 16 years of age, stay tuned for the official meeting of the sixteenth Exhibition of British education in Moscow, starting from September 12 in the community every day will be published the riddle of the United Kingdom, studying in the UK or Bellerbys College. Write your answers to each of the puzzles in the comments under the posts, and detectives, with the highest number of points will receive a chance to go through to the second round and write an essay on "the Day of Sherlock's life in College". The author of the best work, which will choose the expert jury consisting of representatives of the British Council and StudyGroup, will get the main prize — two-week training course at the British College Bellerbys!

Exhibition of British education in Moscow and St. Petersburg - October 2014

Why to study abroad in a crisis?

SCHOLARSHIP: workshops for current and future students of the universities of Br...