SOAS is a remarkable institution. Uniquely combining language scholarship, disciplinary expertise and regional focus, it has the largest concentration in Europe of academic staff concerned with Africa, Asia and the Middle East. The Complete University Guide 2015 has ranked SOAS 35 out of 123 UK Universities.

The School was founded in 1916 as the School of Oriental Studies. It took its present title in 1938, by which time it had also established itself as a centre for African Studies. Its expanded library, designed by the architect Sir Denys Lasdun, was opened in 1973. This national resource houses more than 1.5 million items.

The School’s main campus is at Russell Square which is located in the heart of historic Bloomsbury, an area of leafy squares, parks, and intellectual celebrity. In the early 20th century, the area was home to the eponymous Bloomsbury Group, whose more famous members included E.M. Forster, John Maynard Keynes, and Virginia Woolf. For almost 40 years, T.S. Eliot worked in our very own Faber building for publishers Faber & Faber. Offering several squares for quiet reflection in the middle of a bustling city, it is easy to understand why the area has long been favoured by great writers and thinkers.

SOAS has more than 5,000 students from 133 countries on campus, and just over 50% per cent of them are from outside the UK. In addition, about 3,600 students around the world are taking one of university’s distance learning programmes. SOAS offers an unparalleled range of non-European languages, all of which may be studied without prior knowledge. The school was awarded the Queen's Anniversary Prize in 2009 for the excellence, breadth and depth of its language teaching.

The School of Oriental and African Studies (SOAS), University of London is the only Higher Education institution in Europe specialising in the study of Asia, Africa and the Near and Middle East. 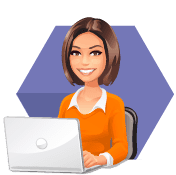 SOAS is based in the heart of London, and the capital's rich cultural and social life is literally on its doorstep. It has excellent travel connections with bus, underground and train within easy access. The Bloomsbury campus is an intellectual centre well known to tourists and academics while Vernon Square is close to many of Islington's boutiques and restaurants.