Harbin Institute of Technology (HIT) was founded in 1920 and in 1954 was designated one of the six National Key Universities by the Chinese ministry of higher education, the only one that was situated outside Beijing. In 2009, HIT was recognized as one of the members of the C9 League, a group of leading Chinese universities, cementing its elite status within Chinese higher education.

With science, engineering and research at its core, HIT offers over 2,000 undergraduate and 1,900 postgraduate courses, for its 40,000 plus student body. Set over three campuses in Harbin, Weihai and the graduate school in Shenzhen, students are served by over 2,900 full-time academic staff.

It is also a highly international institution with cooperation agreements with universities in over 125 countries, such as the United States, the United Kingdom, France, Germany, Japan and Russia.

Besides its academic prowess, the university has fed into Chinese society through its graduates, with a number assuming leadership positions in the Communist Party of China and governments at different levels.

HIT is famous for its original style of schooling: 'Being strict in qualifications for graduates; making every endeavor in educating students.'

HIT is widely recognized as one of the top universities in the country with a focus on science and engineering. HIT was ranked 7th in the Best Global Universities for Engineering by U.S. News in 2016. HIT is one of only a handful of universities in the world that have designed, built, and launched their own satellites (in 2004, 2008 and 2013).

HIT has strict educational standards. There are 34 Academicians of the Chinese Academy of Science and Engineering in the university. 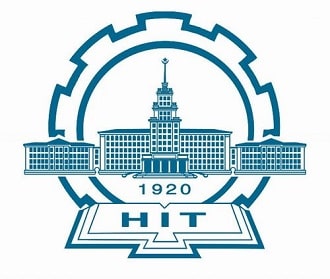 Harbin Institute of Technology is based in city of Harbin, on the bank of The Songhua River. Harbin is the capital and largest city of Heilongjiang province in the northeastern region of the People's Republic of China.