Just call! We know how to apply Get consultation free
Main page University Search Australia The University of Melbourne

The University of Melbourne

Established in 1853, the University of Melbourne is a public-spirited institution that makes distinctive contributions to society in research, learning and teaching and engagement. It’s consistently ranked among the leading universities in the world, with international rankings of world universities placing it as number 1 in Australia and number 33 in the world (Times Higher Education World University Rankings 2014-2015).

The University of Melbourne has a rich and fascinating past. Every building, every department, and every period of time has its own story. While some of these stories have been recounted many times over, a great number remain yet unwritten. Founded in 1853 two years after Victoria separated from New South Wales and the discovery of rich deposits of gold, the University was established to the north of Melbourne. The University followed the ideals of mid-nineteenth century universities of secular education, and with an emphasis on modern languages and literature, mathematics and natural science alongside classics and ancient history.

From these foundations the University developed, not always smoothly, into new areas, offering Law from 1857, Engineering and Medicine from 1852. The University admitted women in 1881, and Julia ‘Bella’ Guerin became the first woman to graduate from an Australian university (BA, 1883) . Early debates about the proper role of the university learning, and the degree to which it should be shielded from commercial and practical issues gave way slowly to a university that by World War Two saw itself as integral to the nation building through its capacity for research in the social, natural and medical sciences. The University also awarded the first Australian PhD in 1947. During this period, the body of students expanded from an initial 16 students, to 2,000 by the end of World War I, to 6,000 by the end of World War II, and with the increasing weight of numbers brought an increasing influence over public debates, exploring public questions and hosting critical political and social debates.

The University of Melbourne is proud of its outstanding reputation for excellence in teaching and research. Independently published world rankings consistently place the University as a leader in higher education in Australia, the Asia-Pacific and around the globe.

Victorian campuses specialise in forest ecosystem science, agriculture, horticulture, rural health and veterinary science and are situated in Burnley, Creswick, Dookie, Shepparton and Werribee. The University of Melbourne provides access to the most up-to-date teaching and learning methods and facilities. Its eLearning studios are designed for collaborative work in small groups and are equipped with the latest technology.

The University learning spaces specifically designed for particular disciplines, such as the Engineering Learning Lab, which supports group and collaborative work, and the Law Moot Court, which trains future lawyers to present their cases using the latest technology.

The University of Melbourne has 18 graduate schools which offer a range of focused and intense courses to prepare you for professional careers such as doctor, lawyer, engineer, teacher, economist, entrepreneur and more. The graduate schools offer a suite of coursework programs providing professional entry into your career and professional development for that extra boost when you're already working.

Each school is staffed by world-class researchers. Graduate course design provides stronger connections with community and industry for a truly professionally relevant education. Students experience opportunities to study overseas and are supported to develop strong intercultural communication skills and a cross-cultural frame of reference. The result is an internationally recognised graduate education with internationally transportable qualifications.

The University has worked closely with employers to develop curricula that will provide transferable, high-level skills which enable graduates to keep pace with an environment in which knowledge is rapidly renewed and knowledge boundaries are increasingly permeable. 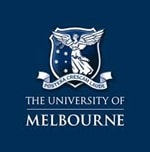 The Parkville Campus of the University is in a city central location and has many public transport hubs within a 5 minute walk from campus. Most other campuses are available to get to via public transport.

Public Tansport Victoria Journey Planner is a website where you can enter your current location and travel destination and be provided with personalised instructions of tram, train and bus connections that will assist you getting to any Melbourne University Campus.

There are also several useful Smart Phone apps that can assist in journey planning and public transport timetabling: