Shanghai Jiao Tong University is one of China’s most prestigious and selective universities, enjoying a growing global reputation for its impressive research outputs. Founded in 1896 by a civil servant, the institution gained a reputation for its expertise for nurturing top engineers and scientists, becoming known as the ‘Eastern MIT’.

It took the English name ‘Jiao Tong’ in the 1950s – meaning ‘transportation’ – with the institution becoming largely a specialized engineering university for many decades. However, it acquired a medical school in 2005 and has since grown rapidly across five different campuses, covering a wide variety of science, technology, arts and humanities subjects.

It now has more than 60 undergraduate programs covering nine major disciplines - economics, law, literature, science, engineering, agriculture, medicine, management and arts – with more than 16,000 undergraduates and more than 280,000 postgraduates, including more than 6,000 doctoral candidates on around 200 programs. It also has 11 state laboratories and national engineering research centers.

Among its highly acclaimed alumni are former Chinese premier Jiang Zemin, early computer pioneer An Wang, and Chen Zhu, a molecular biologist who rose to become China’s minister of health.

On research, the university is widely seen as one of China’s best performing institutions, winning the most amount of money from the National Natural Science Foundation of China, for six years in a row up to 2015.

Internationally, SJTU is ranked among 101–150th globally by ARWU in 2014. The institution came sixth in the QS BRICS University Rankings and was 27th in the counterpart conducted by Times Higher Education in 2014. 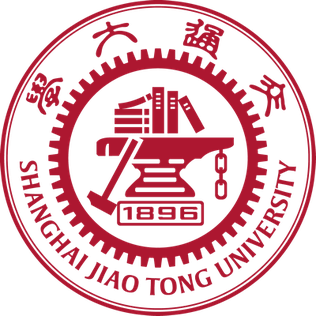 Shanghai Jiao Tong University is located in the heart of China’s capital – Shanghai. Public transportation in the city are quite developed (bus and subway) and taxis are relatively cheap. Downtown Shanghai is an extremely easy and comfortable city to commute around even on foot.