The following cinemas show movies in English or original language:

In summertime there are many open-air shows, one is at Isola Tiberina and the other is in Piazza Vittorio Emanuele (near to metro Vittorio Emanuele stop) From June to September the “Lungo il tevere…Roma” festival fire up the city’s heart with a lot of show and exhibitions.

For travel lovers it is easy to break for a weekend in any other European capital thanks to Rome airports, effectively connected with any European metropolis.

For those of you explorers at heart, you will have the chance to visit  several picturesque medieval villages within an hour train ride from Rome- Places like Anagni, Calcata, Frascati, Ariccia or thermal bath destinations like Fiuggi, Viterbo, Saturnia will delightfully surprise you and your body. Ideal places to visit both during the summer and winter alike are Bracciano lake, Ninfa Garden, Castel Gandolfo lake, Tivoli with its astounding Adrian Emperor’s villa or seaside areas such as Gaeta, Sperlonga or Circeo’s park with the beautiful hill crowned shore. If you wish to mix sun and culture you can visit the archeological park of Ostia Antica (45 minute by train from the city center), an ancient Roman port city and then sun bathe at the beaches nearby.

Last but not least, a maximum three and a half hour train ride from the center of Rome will take you to wonderful locations like Milan, Florence, Naples, Bologna and Perugia. Can you ever get bored?

Amongst the Facilities in our campus there are a Library fully equipped with six computer stations, a huge Lecture Hall with a Multimedia Board perfect for events, a cutting-edge Meeting Room ,  and Parking.

Fondazione Prada (+ bookstore): For the last two decades, Fondazione Prada’s activities have analyzed intentions and relevance through an evolution of projects. These have included ‘Utopian’ monographic artist commissions, contemporary philosophy conferences, research exhibitions and initiatives related to the field of cinema. With the opening of a permanent cultural complex in Milan, the Fondazione offers new opportunities to enlarge and enrich our processes of learning.

Feltrinelli Foundation (+ bookstore): Giangiacomo Feltrinelli Foundation was founded in 1949 by Giangiacomo Feltrinelli as a Library. Transformed then into an Institute, it was established by law as a Foundation in 1974. Equipped with a library and a documental heritage of international importance, comprising nearly 1.5 million archival items, 250.000 volumes and 17.500 journals, the Foundation has always focused its activity on history, equality and on the analysis and proposal of models of interaction among citizens, their rights and their organizational representatives.

Fabbrica del Vapore:  Once an industrial complex housing a factory for electric trams, La Fabbrica Del Vapore (“The Steam Factory”) nowadays is a centre for the arts of all different kinds, like design, music, dance, photography, theatre, cinema and entertainment. After the renovation works finished in 2008, different workshops started their activities, aiming to establish a centre for young people where they can discover and develop their creative skills and have the freedom to express their artistic ideas. Throughout the year various events including concerts and exhibitions are organised in the many spaces that are offered by La Fabbrica Del Vapore.

Florence students can enrich their studies with the opportunities made available by this dynamic, historical, and international environment. The ESE centre lies in the 16th century Renaissance Palazzo Roselli Del Turco in the very centre of the city. The ESE Florence centre is fully equipped with a student study area, computer lab, library, and wireless internet access.

ESE classes typically include students from throughout European, as well as from Asia, South America and the United States. Young people from all corners of the globe converge here to learn, to socialise, and exchange ideas in an environment that promotes individual growth. At the same time, forming a complete and successful individual is the principal and ultimate objective of every ESE programme.

The cultural and educational opportunities made available to students by this city are enumerable, including destinations such as the famous Uffizi Gallery, Ponte Vecchio, and Duomo Cathedal, not to mention the limitless social and cultural activities open to students through the city’s theatres, events and fairs, nightclubs, and art galleries.

Few words can sum up Madrid. Cosmopolitan lifestyle and delightful sunshine, royal history and active nightlife are the bare essentials. This capital of the Iberian peninsula has given birth to Picasso and the famous Siesta. Participating in the sports fever, with Real Madrid rallying massive support, and scavenging the flea market for bargains are optional.

When the night comes, the clock keeps going: with a vast choice of concerts, theater plays and restaurant venues, Madrid can be counted amongst the cities that never sleep.

Feasting your eyes on manmade works of beauty and charm is always possible. Museo del Prado has the Garden of Earthly Delights by Bosch and Caravaggio’s depiction of David with the Head of Goliath. Pablo Picasso has yet to be forgotten in the Reina Sofia National Museum and Art Centre where his achievements are curated and examined. Goya has his equivalent in the Real Academia de Bella Artes de San Fernando. The Cathedral de la Almudena is where Prince Felipe and Letizia were wed back in 2004 evoking fairy tales and typifying this astounding religious emblem.Befitting the tradition of monarchical rule, the Royal Palace is also open to the public with the Changing of the Guards ceremony every Wednesday.

Quieter and cooler times can be spent at parks like El Retiro. Picnicking and rowing on the lake and genuine tanning are available. Paseo del Prado is nearby as an urban retreat. Templo de Debod is tucked away in the scenic Cuartel de la Montana Park. The Temple being an Egyptian edifice Spain was given as a gift for saving the Temple of Abu Simbel in Egypt from flooding after the construction of Aswan Dam there. Taste high culture and sophistication at Caixa Forum with its vertical garden. Soak up flamenco dance and music at Corral de la Moreria. Leave Gran Via revitalised and swinging in joy.

Adrenaline-pumping action can be seen every year in Aravaca-Pozuelo where men ritualised trying to outrun bulls with limited pass rates. Excursions outside the city are equally tempting with postcard-perfect locations such as Segovia having the authentic Roman Aqueduct.

The city’s nightlife offers exciting opportunities with its vast selection of theatres, art galleries, nightclubs and a litany of other cultural institutions to round of the London experience.

The ESE London centre is fully equipped with a student study area, computer lab, library, and wireless internet access. Students are encouraged to contact the Admissions Department at ESE London  for assistance with the admissions, enrolment and arrival process. 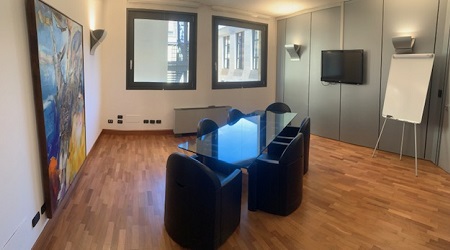 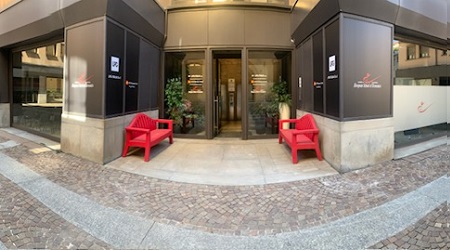 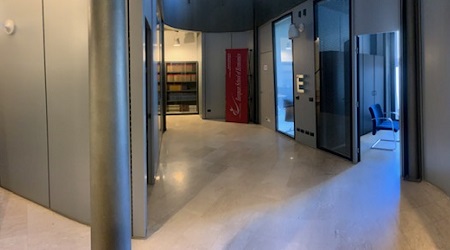 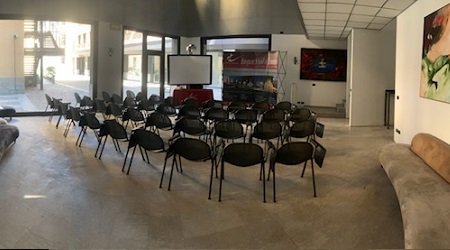 ESE students will have the unique opportunity of being able to pursue their study programme in any of the ESE campuses, whether London, Milan, Florence, Rome, or Madrid and to transfer between campuses on a per term or per year basis, experiencing the same programme in multiple international contexts and cultures.The European School of Economics’ centres are situated in some of the most beautiful settings that Europe: an ultra modern building in a desirable and sought after district of Milan; an amazing 19th century building with private gardens in the very heart of imperial Rome with an impressive view of the Caracalla Baths and close to the Colosseum; the Renaissance Palazzo Rosselli Del Turco in central Florence is just steps away from the Ponte Vecchio and in Madrid’s city centre the campus is a picturesque building located in the prestigious Alonso Martinez in the heart of the capital.