The City University is a public-research University, member of the University of London. The University is ranked highly in both UK and Internationally and has a good reputation in the world. It was ranked 29th in the UK according to the Times higher Education 'table to tables', and is included in their list of the top 100 universities in the world under 50 years old.

City University is a member of the Association of MBAs, EQUiS and Universities UK. City University London has one of the highest proportions of international and graduate students of any university in the UK. It successfully combines academic and professional studies: the majority of City students gain a professional, as well as an academic award.

City's tradition of providing high quality education relevant to business and the professions dates back 160 years. The University traces its origin to the Northampton Institute, established in 1852, and named after the Marquess of Northampton, who donated the land on which the Institute was built. The Institute was established to provide for the education and welfare of the local population. The six original departments at the Institute were: Applied Physics and Electrical Engineering; Artistic Crafts; Domestic Economy and Women's Trades; Electro-Chemistry; Horology (the science of time and art of clock-making); and Mechanical Engineering and Metal Trades). In 2001 the Inns of Court School of Law (founded in 1852) became part of the City Law School.

There is a strong focus on postgraduate education with just under half of students on postgraduate courses. The City Law School is the first University Law School in London to educate students and practitioners at every stage of legal education. Also, City has launched the UK's first Graduate School of Journalism, reinforcing the university's position as Europe's leading provider of journalist education. The School of Informatics at City is at the forefront of international excellence and leadership in education and research for the information and computing professions. The Saad Centre for Radiography Clinical Skills Education makes City one of the few universities to have a computed tomography (CT) scanner with radiotherapy simulation software. Finally, the Cass Business School runs the third largest business and management programme in the UK. 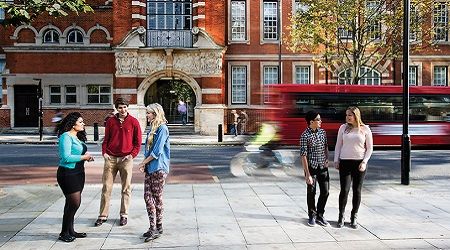 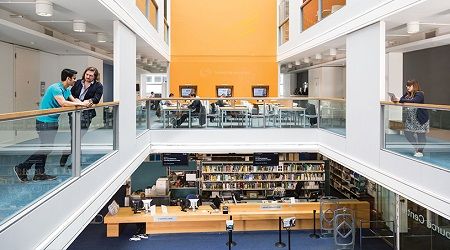 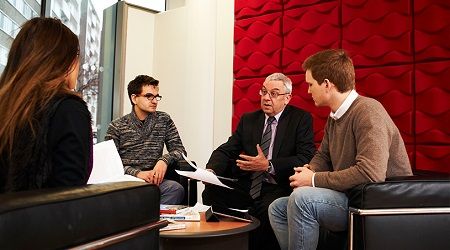