Singapore, offering high quality and relatively inexpensive in comparison with world leaders in English education, is a sought-after and prestigious educational direction.

Students from around the world compete for places in the best universities of this small island nation. The number of places in universities for foreigners are limited: due to high demand of the local population in 2013-14 the share of foreign students fell to 15 %. In addition, the universities present to the entrants high entry requirements on English language and subjects. 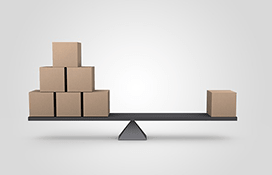 Studies at the universities of Singapore is the opportunity to live and study in one of the best...

About the universities, colleges and institutes in Singapore

All state universities offer programs of degree of the bachelor; and all, except SIT, — postgraduate programmes awarding the degrees of master and PhD.

Attractive to many students is the program developed by the state universities of Singapore, jointly with famous foreign universities — Stanford, MIT, German Institute of Science and Technology, especially when the graduates receive diplomas from two prestigious universities. Widely known examples of such cooperation — Duke-NUS Medical School (Medical school of NUS and Duke University) and Yale-NUS College (College of Humanities of Yale and NUS)

Some Singapore universities, for example, SUSS, has grown to a University from a Polytechnic, and in addition to research programs, which are more suitable to future scientists, has maintained strong vocational programs.

Private universities are treated as local educational institutions and campuses of foreign universities — for example, Rutgers Business School Asia Pacific or INSEAD Asia Campus. Despite the fairly big names, the attitude to private universities with the local people is ambiguous — behind the scenes think of the universities “last chance” where are those who failed to enroll in the more prestigious public universities.

Joint colleges, universities, foreign campuses and affiliate institutions is an opportunity to study in the branches of prestigious American and European universities at a significantly more affordable prices. However, it is important to know that the programs and educational activities of private universities in Singapore are not under government control, and before you make a decision about the training they need to be recognized whether their diplomas in those countries and professional areas in which you plan to build a career.

Colleges and polytechnics — a preparatory stage

In Russia and the CIS countries, secondary education lasts 11 years, and domestic high school diploma will not be sufficient for admission to the University of Singapore, as it is not enough and graduates in the Singapore schools. Most of them receive a document of completion O-level, whereas for higher education requires higher A-Level.

For local residents who want to continue their education in the University there are several ways: two-year study at a Junior College or three years in Polytechnic or College of art.

Students who have graduated from colleges and polytechnics, receive a diploma without degree and can either start a professional activity or to enter the bachelor programs of universities. Programmes of polytechnics is focused on industry and application areas. Here, studying such subjects as, for example, mechanical engineering, biotechnology, nursing, optometry, accounting, tourism management, mass communication.

Diploma Polytechnic allows to read out the modules studied, to shorten the time of the study and, thus, to lower tuition fees — and not only in Singapore but also in many universities in Australia, Britain and New Zealand.

By analogy with local residents, preparation for admission to the bachelor of Singapore for the Russians and students from the CIS countries can become a transfer from the University at home after 1-2. 5 years of training or study in diploma education institutions — polytechnics, most of which accept foreigners. Other training in Singapore universities read the guide “How to enter the University of Singapore.”

Bachelor's, master's and doctoral degrees can assign three dozen educational institutions of Singapore, but only six of them are state universities. State universities are not only teaching, but research, have extensive powers at the disposal of budget and despite government funding have a status of offline. The state closely monitors the quality of educational programs and stimulates their differentiation.